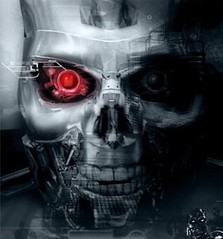 **************************************** **********
Some thoughts from Vegas: This sounds like a repeat, but the Dogs were barking once again last Sunday in the NFL. In the early games last week, the favorites could muster only one win in the first eight games, with the underdogs winning out right in four of the eight.
The public keeps looking at yesterday’s news… Remember this is the NFL kids, and these guys are pros, even when playing on bad teams. Everybody was sure Peyton Manning would destroy Jacksonville, the Colts barely won. How many points with Atlanta beat San Francisco by…The answer was two. And how could Washington ever beat the Eagles at home?….they did. In the NFL, its more than numbers, you have to be a coach and sniff out emotion.
We are seeing parity once again in the NFL. Last year you could take double digit favorites to the bank, not so much this year where the favorites of 10 points or more have gone 1-4. But, you need to be ready, this could change at any moment. That’s why many systems fail; things in the National Football league are always changing. One thing that we can usually count on is a stronger regression to the mean in NFL moreso than most other sports. We try to see the changes coming and stay one step ahead.
Week #5 Plays: [435] Philadelphia Eagles +3.5 over the San Francisco 49ers

The 49ers played their Super Bowl last week, putting everything on the line. They Fired a Coach, suspended Players, changed game plans, but with seconds on the clock, they say Atlanta Kick a field goal to crush all their efforts. Did you see the look on these guys face…Heart breaking! (We backed the Niners who covered, so we weren’t quite as sad) There is no way in Hell, the 0-4 San Francisco squad can emotionally get up for this game. The best part of the San Francisco defense is against the run, which the Eagles wont’ be doing anyway.

Now Michael Vick is out, so everybody is on the Niners because of last week’s effort…”How can the Eagles win this away game without Michael”? Boo Hoo. Let me tell you something, the original Eagle QB Kevin Kolb, was never given a chance. Pressure on Coach Andy Reid from everywhere was on him, to promote Vick to number one. This will be Kolb’s Super Bowl on Sunday Night…Time to show everybody they were wrong. The Eagles lost at home last week to the Redskins, in the return of Donovan to Philly, they need to make a statement, Andy Reid needs to make a statement, we don’t need Vick, we don’t need anybody… We will show you.

Before Vick was out, my projected line was Philly -5, Now we get +3.5 points, because the world loves San Francisco. This is a public perception line, not a reality line. I am making this my game of the month. The Eagles will FLY.

Tennessee might be catching Dallas off guard a little bit; just how the Broncos caught the Titans off guard last week. This week the Titan’s Chris Johnson will be ready for the Boy’s 3-4 defense. Expect them to play a little more disciplined than they normally play. Dallas is coming out of their ill-timed bye. It was a sloppy start for the Boys, and as soon as they got going they had to close up shop again. Typically, the Cowboys are a team that starts off slow and picks up pace, and most people know this. The Boys are highly publicized, and people think that know the team. I am not arguing against that, I am just arguing against the public perception that the team really has picked up pace. To me, a team that finally picks things up and then comes immediately to a half to go to their bye; will probably come out looking more like they were from square one. The Titans need/want a win here. This is a fine bet.

We told you about Sam Bradford last week, and he really delivered exposing the Seahawks. This week he takes his passing game to the Detroit Lions secondary, who are holding down the 29th spot as far as skill. What did you say…Oh, what if his passing game is off, no problem, the Lions are also rated 29th in Rushing Defense.
It’s a shame Matt Stafford will miss another game for Detroit; I would love to see these two young QB’s hook-up. Shaun Hill has done a good job in his absence. The 0-4 Lions have played their hearts out all year losing 3 very emotional games. We don’t think they can get up for this one against the 2-2 Rams, who are still playing under the radar. Give us the points and the Rams, in another heart breaker for the Lions.

….but we know numbers and projections aren’t everything. Here we have a team coming out of the Bye and one going in. A play on the struggling home favorite going into the bye typically is the move you want to make, and what we are going for here. Last week the Bengals put up the numbers against the Browns and lost. This is something to look for as a good quantified indicator of necessary emotional drive. This isn’t so much a play against the Buccs as it is a play on a frustrated, but potentially capable Cincinnati Bengals. If this was any other team, but our potential sleeper (Tampa Bay) we’d have this one a bit larger (don’t forget we have a futures wager in on Tampa’s RSW’s and to win the Division) so I don’t want to make any extremely large wager against these guys. To be clear though, what we have here is an emotional drive similar to what you saw last week from the NY Giants against the Bears. Tampa may get a mouthful here from the Bengals and not even see it coming. Be careful, don’t go too heavy on the Bengals; but I think they cover this one in a smooth win…but I may be wrong…

…Chiefs put up good stats against an Indianapolis Colts team with an injury list a mile long. 23-16 Chiefs here and look at all the points we have to work with.

[***] 7 pt. Teaser: PHI Eagles +10.5 and OAK Raiders +14
(Take the TEASER for $26 – 1 UNITS bet based on $20 units)
**Word of caution here about Oakland. My partner has the Chargers as a large bet, and I don’t think he likes this bet on the Raiders. Maybe you like the Chargers too…fine; everyone thinks I’m nuts going with the Raiders and the points here, but I believe the game will be a close one. To me, the Chargers last game looked like a false start; but I may be wrong. The Raiders are going to have a little bit of trouble putting up points, but they have one of the best pass defenses in the league. In my opinion the Raiders will limit the air game, and keep this game close. As for who to tease it with…I don’t see a better candidate 🙂

Records - ProComputerGambler -- Back in Black

NFL Game of the Month WINS

Please disable or whitelist procomputergambler.net from your adblocker to ensure that raw numbers work properly! Thank you!